Scroll to Top
Go to DASHBOARD > Appearance > Menus to set up the menu.
Categorized as
1827
Related 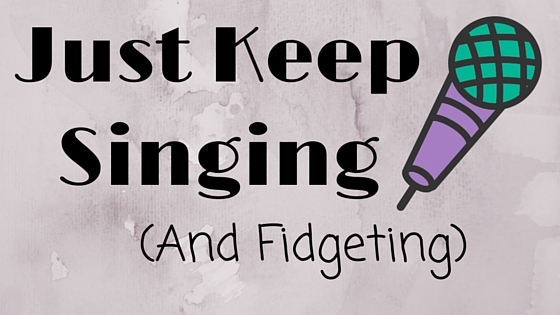 I had my child baptized when she was three months old and she’s been attending a private Catholic school since she was in Kindergarten. My husband and I are Catholic, but we’re not super duper religious. We do say a prayer before we eat dinner and we go to church at least twice a month. For whatever reason, my child has always taken an interest in learning about God and Jesus since she was very young. (I’m talking two years old here.) She enjoys hearing children’s Bible stories and she likes to listen to children’s Catholic music. She also loves to sing along to them, so when we found out that she was old enough to join our church’s children’s choir, we signed her up.

From the very beginning, I told the choir teacher, Mrs. Adams, that my child has ADHD and that she sometimes has a difficult time focusing and staying still. Mrs. Adams warned us that the children would have to stand for long periods of time in church, which is something the younger children have a difficult time with. My daughter was determined to sing in the choir, so she promised me she’d try her best.

My daughter has been singing in the choir for six months now. Seeing her singing in front of the congregation on Sundays brings me such joy and I am so proud of her. She looks and sounds just like an angel! Unfortunately, Mrs. Adams’ warning was right. It really was difficult for my child to stand in one place for such a long time. Because of this, she started to fidget. She played around with the microphone stand, she combed her hair with her fingers, and she even deliberately made a giant hole in her stockings. Don’t forget she was doing all of this while she was front and center. She wasn’t embarrassed by her behavior, but I sure was! I don’t even know how many times I tried to quietly get my daughter’s attention so I could mouth the words “Stop it” to her.

After mass, I explained to my daughter that acting that way in church is disrespectful to God, Mrs. Adams, and the congregation. She understood and she genuinely did feel bad about her behavior. She even wrote an apology letter to Mrs. Adams and she absolutely hates writing. Do you know who else felt bad about their own behavior though? Me. After some thought, I felt horrible about getting mad at my daughter and feeling embarrassed about her actions. She can’t help that she fidgets when she knows she can’t move around. And do you know what else? God made her that way, so I know He wouldn’t be mad at her either.

To prevent her from touching and messing with things that she shouldn’t, I gave her a fidget bracelet to wear at church, which is something I should have done from the very beginning. I can’t get rid of her need to fidget, but I can give her the tools to be able to help control it. When she gets the urge to fidget in church now, she discretely plays with her bracelet. She’s happy. I’m happy. It’s a win-win. Mrs. Adams is happy too. She wrote my daughter a note that said:

“I’m so glad you’re in choir. I know it’s a long time to stand at church, but it’ll get easier!” 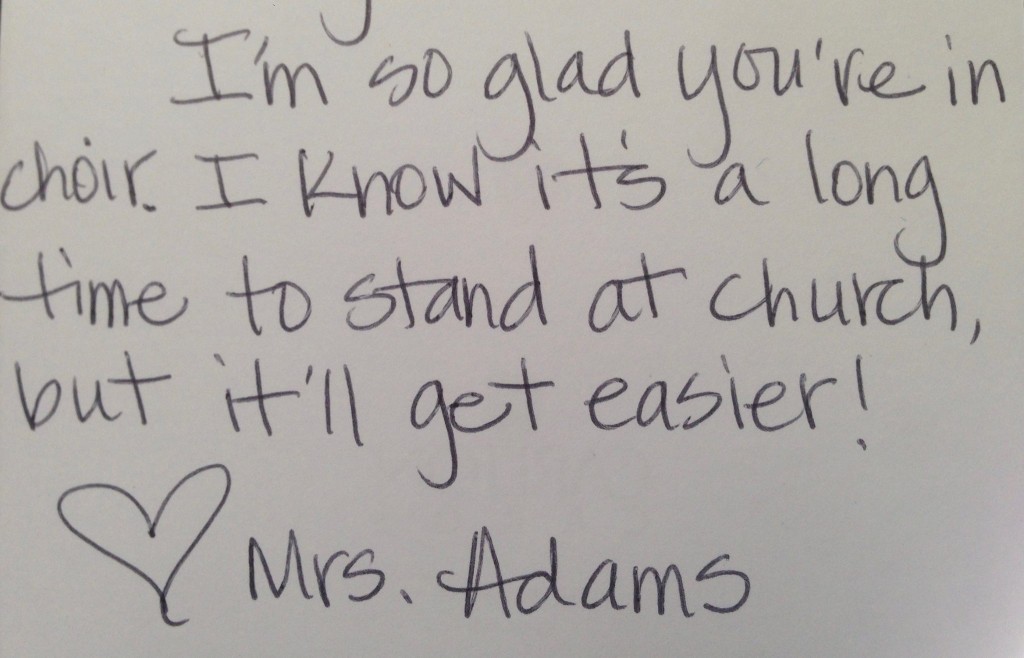 I cannot tell you how happy and relieved my daughter and I were to read that note. Not only did Mrs. Adams understand the struggle my daughter was facing, she assured her that she would be able to get through it and encouraged her to follow her dream of singing in the church’s choir. Mrs. Adams, I want to thank you from the bottom of my heart for believing in my child and encouraging her to just keep singing and fidgeting!