Scroll to Top
Go to DASHBOARD > Appearance > Menus to set up the menu.
Categorized as
1669
Related 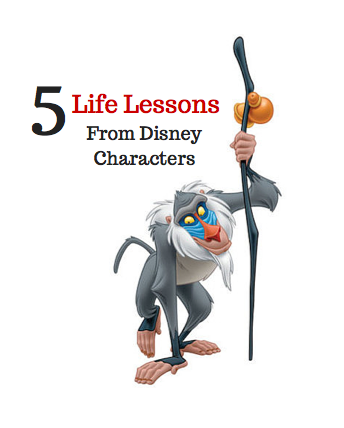 Whether you are an adult or a child, taking advice from these five unforgettable Disney characters will sprinkle your life with just the right amount of pixie dust.

Genie wisely advises Aladdin, “Be yourself” when referring to how he should act and talk to Princess Jasmine. Aladdin was a “street rat” who was pretending to be a wealthy prince in hopes of winning the princess’ hand in marriage. People tend to lose themselves when they are trying to impress someone or fit in, but that is the absolute worst thing they could do to try to win someone over. Quite frankly, it never works. While you’re busy trying to be someone you’re not, you are missing out on being with someone who loves you just the way you are. Always be true to your heart and always stand for what you believe in. People will love you for being you and anyone who doesn’t can go visit Hades in the underworld!

2. Rafiki from The Lion King 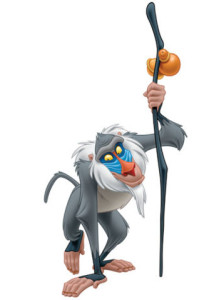 Rafiki, being the wise old baboon that he is, knocks Simba on the head with his stick and tells him, “The past can hurt, but from the way I see it, you can either run from it or learn from it.” Rafiki motions to knock Simba on the head with his stick again, but Simba blocks it this time. Simba had spent years trying to escape his past by hiding far away from his old life, including not being with his family and not taking the throne as the rightful king of Pride Rock. Rafiki made Simba realize that he needed to embrace his past, learn from it, and face it. Everyone has a past filled with both good and bad times, but what is important to remember is to not not dwell on it. Don’t live in the past. Learn from it and move on. You may not become a king like Simba, but the feeling of letting go of the past and simply living in the present to create a better future is more valuable than all the riches in the world. 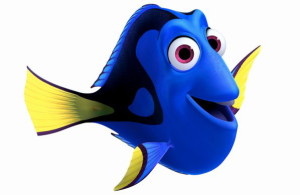 The forgetful, but lovable fish tells her friend, Marlin, “You can’t never let anything happen to him. Then nothing would ever happen to him” when referring to his son, Nemo. This is so heartbreakingly true. As parents, we believe it is our responsibility to protect our children from all the bad things in the world and to a certain extent, it is. However, if we are always one step ahead of our little ones and preventing anything from happening to them, they will never learn anything. They will never know that tipping their cup of lemonade too far will result in sticky wet pants, that leaving the caps off of their markers will make them dry out, or that not charging their Kindle will prevent it from working the next morning. They need to find out for themselves in order for them to learn, so let it go and have the courage to let your child make mistakes.

4. Sebastian from The Little Mermaid 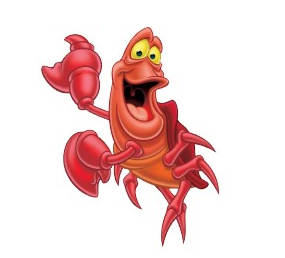 Regarding King Triton’s daughter, Ariel, Sebastian advises him that “children have got to be free to lead their own lives.” After King Triton discovers that his little mermaid is in love with a human, he does everything in his power to prevent her from pursuing her teenage crush. Like most forbidden love stories, Ariel ignores her father’s wishes and does everything in her power to become part of her prince’s world, where they of course do end up living happily ever after. As parents, we have to make difficult decisions for our children we know they will hate us for. Sometimes though, we need to once again let it go and allow our children to make their own choices. We need to be brave and trust that our children are wise enough to know how to find their own happily ever after.

5. Baloo from The Jungle Book

As Baloo nicely sang it in his song to his pal, Mowgli,”Look for the bare necessities.” People work their butts off every day to not only provide for their family, but to try to give their families the very best in life. What exactly is the best in life though? It depends who you ask. Most of us want the latest and greatest gadgets from Apple, the luxurious Jaguar to drive around town in, and the chicest Louis Vuitton handbag to show off to our friends. But why? Sure, they are nice, but are they really necessary? Instead of putting in those late night hours to earn extra money for those unnecessary items, surprise your child by coming home early and reading them a bedtime story. There’s no app that can replace your lap. I believe family, love, and respect are much more valuable than anything money can buy. I don’t want to get too religious now, but in the end, it’s your heart of gold that will get you into Heaven, not your bank account.