Scroll to Top
Go to DASHBOARD > Appearance > Menus to set up the menu.
Categorized as
1438
Related

How to Support Siblings In Families with a Special Needs Child

How to Develop Responsibility In Kids

What Did You Do All Day?

The 80’s and 90’s were very different periods of time for teenagers. Nowadays, the modernisation of phones and internet means teenagers are growing in a world of social media. Teens now are avid users of social media sites like Instagram, posting their lives and building up their Instagram followers through companies like Socialfollow®. It’s strange to think that just twenty or so years ago, things were completely different…

1. You had quite a collection of Pogs and Slammers, but you didn’t play with your favorites. Instead, you displayed them in a huge binder with plastic sleeves.

2. You had one of those phones from Clueless and freaked your friends out by changing the voice to the deepest it could go and asking them “What’s your favorite scary movie?” 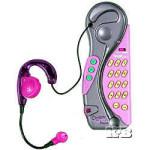 3. You absolutely positively had to have those cute cargo pants from the dELiA’s and Alloy catalogs that came in the mail.

4. You had a subscription to Disney Adventures or Highlights as a kid and Seventeen or YM as a teenager.

5. Even though your school always had your grade go to the same old roller rink for an end of the year field trip every year, you looked forward to it every time and fantasized about holding your crush’s hand during the couples skating song.

6. If you weren’t playing tetherball, foursquare, or dodgeball during recess in elementary school, you weren’t livin’!

7. You can still remember how nervous you felt when your number got called during a game of Steal The Bacon. 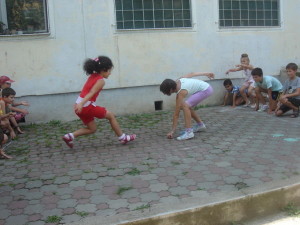 8. You said “Bloody Mary” three times in front of your bathroom mirror in the dark… and you survived!

9. You knew that a rainy day at school meant your class was going to play Head’s Up Seven Up.

10. Your friends and you talked about your first school dance for weeks and weeks before and after it happened.

11. Your friends and you thought it would be cool to not smile in your first school dance photo… and you ended up looking like you were about to cry, or fart, or both. 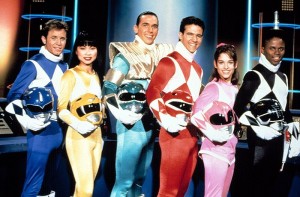 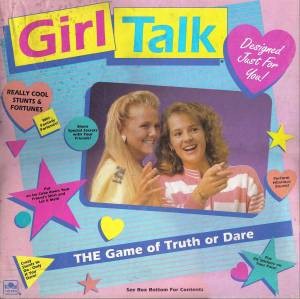 16. You would buy bubble gum cigarettes from the ice cream truck and thought you looked so cool pretending to smoke.

17. You Bedazzled your fanny pack and anything else you could get your hands on. 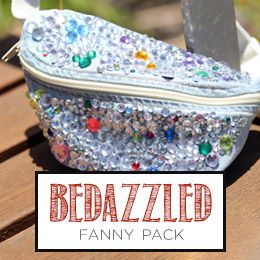 18. You learned all the dance moves to Janet Jackson’ “Rhythm Nation” and practiced them in front of your mirror. 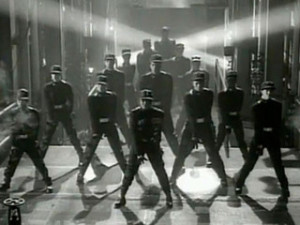 19. You knew how to do the Running Man, Roger Rabbit, House, Cabbage Patch, Tootsie Roll, and “The Carlton.”

20. You woke up early on Saturday mornings to watch all of your shows, especially Pee-wee’s Playhouse.

21. Paula Abdul was your idol. 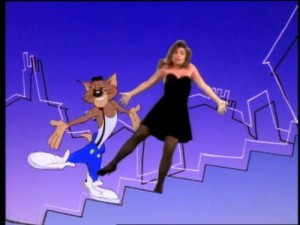 22. You remember when rollerblades first came out and how cool you felt when you got your first pair.

23. The “cool” lunches from home consisted of Lunchables and Squeezits.

24. You practiced kissing on your hand before your first kiss.

25. You can still remember how nervous you were when you were calling a boy you liked on the phone and his parents answered.

27. You saw Titanic in the theaters with your friends at least three times.

28. You played Marco Polo in the pool and were a master as determining if there was a “fish out of water.”

29. You wore leggings as pants and mismatched socks folded over them.

30. You wished that you could be a contestant on Double Dare.

31. “It’s Friday night and the mood is right. Gonna have some fun. Show you how it’s done. TGIF!”

32. You wished you could be as cool as DJ, as witty as Stephanie, and as adorable as Michelle Tanner.

33. You never missed an episode of Animaniacs.

34. You used all your quarters to buy cool pencils from the pencil vending machine at school. 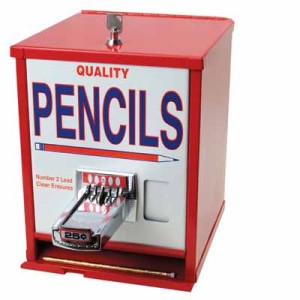 35. Even though you were going to see your friend at lunch, you still wrote her a letter during fourth period. 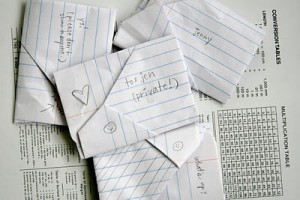 36. You wished you had Punky Brewster’s treehouse. 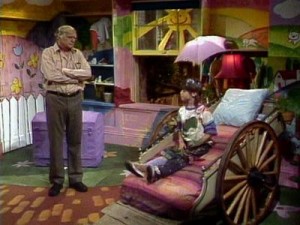 37. You had the original Nintendo, Sega, or Atari. When you were out, you had your Gameboy or Lynx. 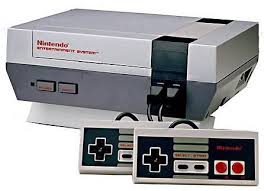 38. You learned about science from Bill Nye and Beakman. 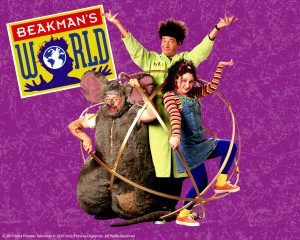 39. Scratch and sniff stickers were the best! 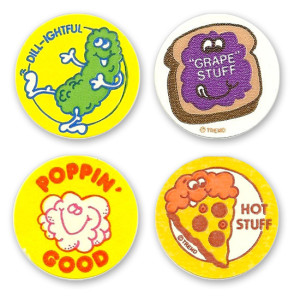 40. When doing your back to school shopping, you got Jansport backpacks and Lisa Frank Trapper Keepers. 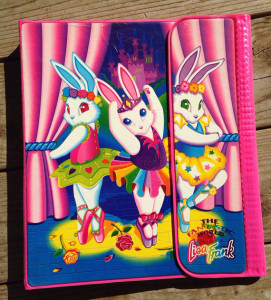 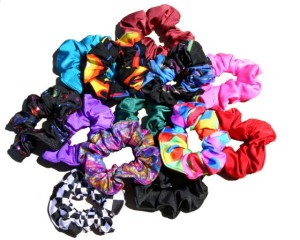 42. When your class went to the computer lab, you played Oregon Trail and hoped that you didn’t die of Dysentery!

44. You got in trouble for throwing tanbark at recess.

45. You wanted to start your own Baby-Sitters Club. (“Say hello to your friends!”) 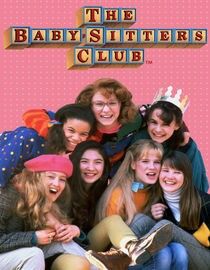 46. There was nothing wrong with wearing tight neon colored biker shorts to school. 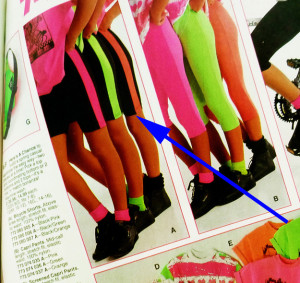 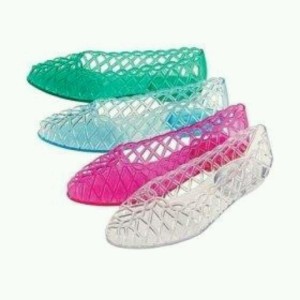 48. You played music on your boom box while you held it on your shoulder. 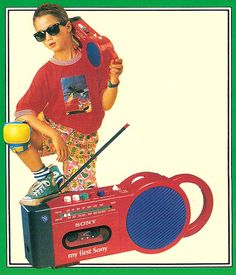 49. You felt like part of your soul died when Saved By The Bell, Full House, The Fresh Prince of Bel-Air, and Boy Meets World ended. 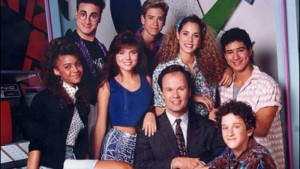 50. You bought Tiger Beat and Teen Beat for the posters and photos of your celebrity crushes. 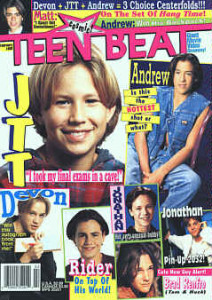 51. You designed your own T-shirts with puffy paint at a birthday party. 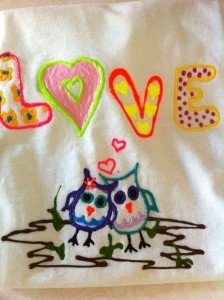 54. Your first album was on a cassette tape. 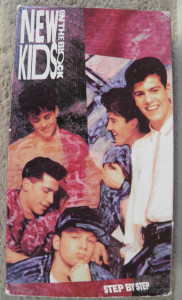 55. You waited by the radio for the countdown, so that you could record your favorite song (on a blank cassette tape, of course).

56. You remember having to fix your stupid cassette tape with a pencil when this happened. 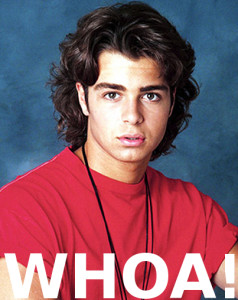 58. You pretended like the Barbie and Ken dolls you played with were you and your crush. 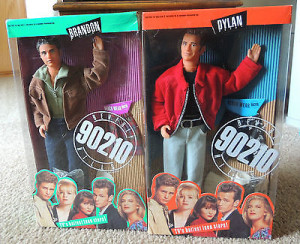 60. You haven’t thought about some of these fond memories in years and they made you smile. 🙂

I’m sure there are plenty more I could think of, but I’m old and tired. What else would you add to the list?