Scroll to Top
Go to DASHBOARD > Appearance > Menus to set up the menu.
Categorized as
795
Related 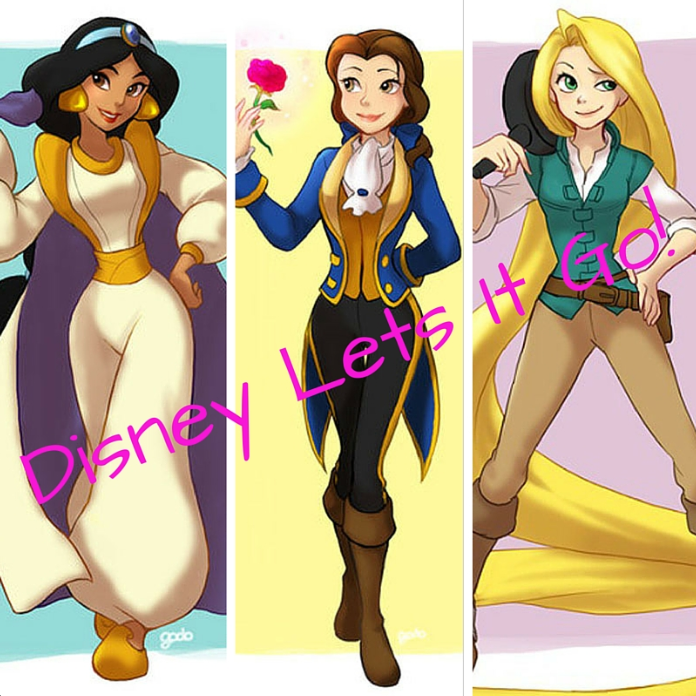 The Disney Store is trying something new this Halloween. Instead of categorizing their Halloween costumes by gender like they usually do, they are combining all of their costumes for children in one category: Kids. Instead of seeing all of the Disney princess dresses together, they are going to be mixed with Marvel superheroes suits. “Are you looking for that shimmery green Tinker Bell dress, sweetie? It’s right over there, next to the cool Spider-Man suit. Have a magical day!” I know what Disney is trying to do and I commend them for it.  They are trying not to stereotype and that is great, but if you want my two cents, it won’t make a difference. Little girls already know the princess dresses are for girls and little boys know the superhero suits are for boys. Mixing them up won’t matter. Little girls also know that they are allowed to cross over and browse the boy costumes. What about the little boys though? Are they allowed to cross over too?

In our society, if a little girl wants a costume that is geared toward a boy, like Captain America for example, her parents will not only buy it for her, they will be proud of her for making that selection (especially her dad). When the little girl goes trick-or-treating in her Captain America costume, people will look at her and say things like, “Good for her!” and “You go, girl!” Now let’s reverse the roles, shall we? If a little boy wants a costume that is geared toward a girl, like Rapunzel for example, do you think his parents are going to buy the costume for him? Do you think his parents are going to be proud of him for wanting to be a princess for Halloween? Although Rapunzel is strong, heroic, and honorable just like Captain America, most parents won’t buy the Rapunzel costume for their son. Even the parents that don’t have a problem letting their son play with dolls may refrain from buying the costume.  Although they may support their son, they know how judgmental and cruel our society can be. Instead of hearing positive things like, “Good for him!” and “You go, boy!” while the little boy is trick-or-treating, he will most likely only get weird looks, snickers, and whispers behind his back.

Stores like the Disney Store and Target are giving children the freedom to wear whatever they want. No more “boy” clothes. No more “girl” clothes. Just “kid” clothes is what they’re aiming for. While I do like the concept of not stereotyping, I just don’t think it is necessary when it comes to children’s clothes. What these stores fail to realize is that children have always had the freedom to wear whatever they want. I have a daughter who is a bit of a tomboy. I have gone into the boys section at Kohl’s and bought her Buzz Lightyear pajamas. I even bought my daughter boys Batman underwear, because they didn’t have any in the girls section and that’s what she wanted. I wasn’t afraid to buy my daughter boy clothes and she didn’t care that the clothes were from the boy section either. Again, let’s reverse the roles. I have a nephew who loves Ariel. While my brother and his wife do respect their son’s love for the little mermaid and have bought him Ariel toys, they will never go into the girls section and buy him an Ariel shirt. They are great parents and they love their son dearly, but they know if he wears a shirt geared toward girls, he is going to get teased by his friends and given weird looks by adults.

It just doesn’t seem fair, does it? We often tell our kids that as long as they put their mind to it, they can do anything and be anything they want. Well, what if your son wants to be Merida for Halloween this year? Were you telling him the truth when you said he can be anything he wants? Some parents can get a little weird about their sons wanting to do “girly” things, like paint their nails, play with dolls, or play dress up. Some parents think, “Why does my son want to wear a dress? Does that mean he is gay? Am I encouraging him to be gay by letting him wear a dress?” The truth of the matter is your son probably wants to be Merida because he loves how independent and brave she is. He also thinks she is awesome at shooting her bow and arrow. Even if your son is gay, does it even matter? He is still the same sweet little boy you cradled in your arms those many years ago and whom you love more than anything. Let him be himself. That is the greatest gift you can give your child. What would be an even greater gift to our children is for our entire society to let children be themselves. Realistically though, I don’t see our children receiving this gift anytime soon unfortunately.

The Disney Store doesn’t need to combine boys and girls clothes into one section.  They can keep the boys and girls sections separate. Until society can learn to let people be themselves without judging them, what I propose is this and it is really quite simple: Disney needs to create boy clothes and costumes of characters both boys and girls like and they need to create girl clothes and costumes of characters both boys and girls like. Other companies are actually already starting to do this. For example, I saw a pink baby T-shirt with the Teenage Mutant Ninja Turtles on it in the girls section at Kohl’s (and yes, I bought the shirt for my daughter). It’s fantastic! It’s the best of both worlds. Girls can wear clothes that fit them properly while showing the world that they too love characters that society thinks only boys love. Unfortunately, I have yet to see a boy shirt with a character on it that society thinks is only loved by girls. I’m sure a little boy would love a cool muscle shirt of Elsa blasting Hans with ice, so get to it, Disney!