Scroll to Top
Go to DASHBOARD > Appearance > Menus to set up the menu.
Categorized as
2440
Related 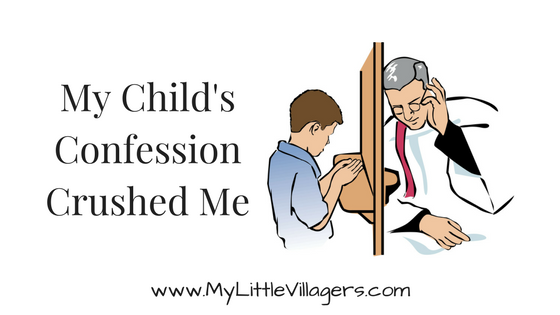 My seven year old daughter recently had her First Reconciliation, which is one of the seven holy sacraments in the Catholic church.  During Reconciliation, a person confesses their sin to a priest in private and then the priest absolves it, letting the person know that God forgives them for their sins.  It was a very exciting day for my daughter, because her teacher had been preparing my daughter and her classmates for this sacrament for months now.  I could tell that my daughter was nervous though, so I handed her one of her fidget toys to keep her occupied and I told her that she had nothing to be scared or nervous about.  I put my arm around her and held her close to me as we sat in the pew. 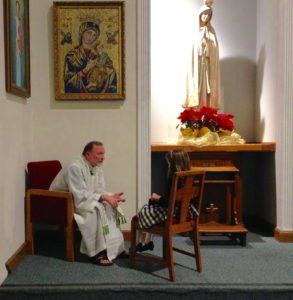 When it was my daughter’s turn to speak with the priest, my husband and I waited off to the side as we watched our daughter sit down and speak with the priest. Instead of looking the priest in his eyes, my daughter looked down as she fidgeted with her fingers on her lap, which is pretty “normal” behavior for her.  I couldn’t help but wonder what possible sin my little girl could be confessing. Sneaking a candy before dinner? Not sharing a toy with her sister?  My little girl is only seven years old, a second grader who loves to draw, sing, and be silly.  She believes in fairies and magic and she sleeps with at least five stuffed animals every night.  What big sin could she possibly be confessing?

When my daughter later told me the sin she confessed, my heart stopped and I had to hold back my tears.  She told me she said to the priest, “Forgive me, Father, for I have sinned.  I didn’t listen to my mommy.”  You might not think that is a big deal, but it is.  My daughter is not like most children.  She has ADHD (Attention Deficit Hyperactivity Disorder) and every day, she has a difficult time paying attention.  This affects her in every aspect of her life, the main ones being at home and at school.  At home, she may hear what I am saying, but she has a difficult time processing what I am saying, because she is being distracted… constantly.  Even when she does process what I am saying, it will appear as though she didn’t listen because she didn’t follow through.  For example, she will hear me tell her to make her bed and she will want to make her bed, but because of her ADHD, she has difficulty with getting started, planning, sequencing, prioritizing, and organizing.  Combine her difficulty with these executive functioning skills with her difficulty of staying on task, hyperactivity, distractibility, and impulse control and ten minutes later, I will find my daughter building an impressive Lego castle for her Shopkins while her bed is still not made.  She may have the best intentions and I may have the best reward system put in place for her, but most of the time, her ADHD makes it difficult for her to function and follow through with things other children her age can easily do. 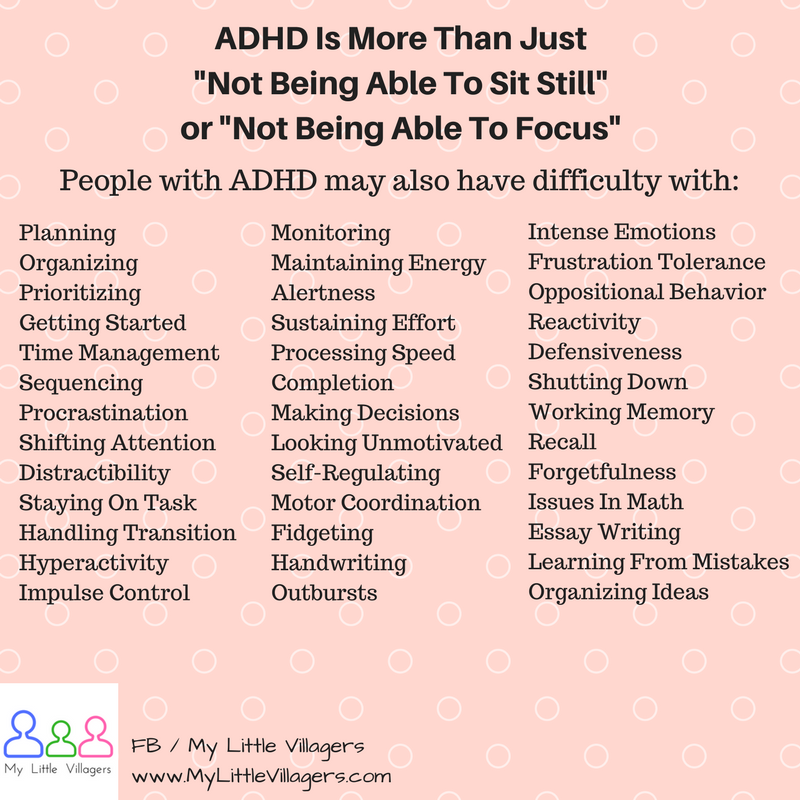 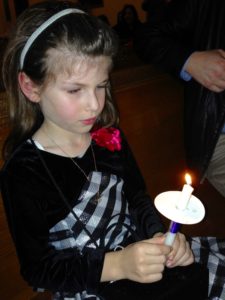 It breaks my heart that my daughter considers “Not listening to Mommy” a sin, but what breaks my heart even more is that I know I am the reason she thinks so.  Parenting is difficult no matter what, but parenting a child with ADHD is incredibly complicated, overwhelming, and frustrating.  When I see my younger child who is three years younger than my daughter listen to me well and behave the way I expect her to, I praise her and reward her.  When I see that my daughter is unable to do the same “simple” things her little sister is able to do, like sit down for our entire dinner or get into her pajamas without complaining, I get incredibly frustrated.  I lose my patience.  I lose my mind.  I blow up, particularly if it is at the end of the day and I am physically and emotionally drained.  Although it pains me to admit it, there has been times when I have completely lost it and screamed at my daughter, “Why can’t you listen like your sister?!?!”  When she doesn’t do what I ask, I get mad and I punish her by yelling, taking away screen time, or taking away a toy.  Without realizing it, I am punishing her for not listening, so of course she thinks it is as a sin.  I am inadvertedly punishing her for having ADHD, which is something out of her control.  When I came to this realization, I felt like absolute crap.  I am no perfect mother.  I know that.  Every night, I pray to God to help me be more patient, compassionate, and understanding with my daughter, but even God can only do so much.  It is up to me to make that change.  I have done hours upon hours of research about parenting a child with ADHD and I have given other parents of children with ADHD great advice.  It’s so easy to preach it, but not practice it.  I know the kind of mother I want to be and my daughter needs me to be.  It is time to practice what I preach and to ask my daughter for forgiveness for the sin she helped me realize I was committing.