Scroll to Top
Go to DASHBOARD > Appearance > Menus to set up the menu.
Categorized as
1558
Related 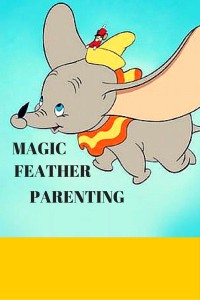 Hi.  I’m 32 years old and I love Dumbo.  The Disney film was made over 70 years ago and the main character doesn’t say a single word during the entire one hour and four minutes, but Disney still found a way to pull at my heartstrings.  I loved watching Dumbo as a child.  The circus always appealed to me and I loved seeing all of the vibrant colors on the TV screen.  As an adult and a mother of two now, I love the film even more, because I can appreciate the important message it teaches.

In the film, a stork brings Dumbo to his mother, Mrs. Jumbo, who has been waiting ever so patiently for her precious baby elephant to arrive.  Mrs. Jumbo is overjoyed and the bond the mother and baby develop is immediate and heartwarming, just like when a newborn baby is brought to his mother and is rested on her chest.  The baby is happy, content, and calm, silently listening to his mother’s heartbeat and breathing.  He is home.  He may not remember that moment, but his mother always will.

Dumbo is born with ears that are much bigger than a normal elephant’s ears, but to Mrs. Jumbo, her baby is perfect.  My own baby was born premature, so she was very tiny.  She also had red marks on the sides of her nose and had a receding hairline, but in my eyes, she was absolutely beautiful and perfect.  Unfortunately, most of the world doesn’t see what a new mother sees.  In the film, Dumbo gets teased about his ears by other elephants and children at the circus.  One child in particular began to pull on poor Dumbo’s ears and blow into them, which of course angered Dumbo’s mother.  To protect her precious baby, Dumbo’s mother comes to his defense and protects Dumbo by pulling the child away from her son and spanking him.  Unfortunately, the circus ringmaster didn’t see the child previously teasing Dumbo.  All he saw was Mrs. Jumbo going nuts and attacking the child, so he ties her up and then locks her up, but worst of all, he takes her baby boy away from her.  What an absolute nightmare for a new mother!

Dumbo is left all alone and crying, because he misses his mother and he doesn’t have a friend in the world.  None of the other elephants want to even be around him and he feels like a freak because of the way others treat him and talk about his big ears.  Luckily, a friendly and courageous mouse named Timothy finds Dumbo, takes one look at him, and says, “What’s the matter with his ears?  I don’t see nothin’ wrong with ’em.  I think they’re cute.”  How many times have we felt like there was something wrong with us, whether it was a physical feature or internal?  What we wouldn’t give for a friend like Timothy to not just make us feel normal, but actually make us feel special and stupendous?  Everyone needs a Timothy in their lives.  Better yet, if we could be our own Timothy, imagine what we could accomplish!

Timothy helps Dumbo realize that “[t]he very things that held [him] down are gonna carry [him] up, and up, and up” when he discovers that Dumbo’s big ears can be used as wings.  To give Dumbo the courage to take flight, Timothy gives Dumbo a “Magic Feather” and tells him that as long as he has it, he will be able to fly.  Dumbo believes Timothy, but while he is diving down during his big circus act, he loses the Magic Feather and panics.  He isn’t flying!  He’s falling!  And if he doesn’t start to believe in himself and trust in himself, he’s a goner!  Timothy shouts to his friend, ” Open them ears!  The magic feather was just a gag!  You can fly!  Honest, you can!”  Right before Dumbo hits the ground, he realizes that the real Magic Feather has always been inside of him.  He opens his ears and flies.  No, he isn’t flying!  He’s soaring!  And it’s payback time!  He shoots peanuts at the other elephants who shunned him.  He puts the ringmaster in a bucket of water.  He scares the crap out of the audience and the other circus performers who teased him and turned him into a clown.  If you were waiting for a moment to stand up and cheer during the film, this was it!

What Dumbo thought was a crutch turned out to be a blessing.  Because of his big ears, his friend, Timothy, and the Magic Feather, Dumbo became the world’s one and only flying elephant.  He became a star, which his mother knew he was all along.  Everyone has something they dislike about themselves, whether they want to admit it or not.  Children may be diagnosed with Autism and ADHD every day and babies may be born with their ears and nose a bit bigger than “normal,” but to their parents, these children are perfect.  And they are.  There is nothing wrong with them.  They may look or act differently than their peers, but there is nothing wrong with that.  What makes them different makes them unique and beautiful.  It is what makes them them.  Most of the time though, these children don’t see it that way.  That’s where Timothy and the Magic Feather come in.  Besides loving our children unconditionally just like Mrs. Jumbo, it is also our job as parents to be our children’s Timothy and teach them how to be their own Timothy as well.  It is our job to help our children embrace the differences in themselves, as well as in others.  It is our job to help teach our children that they have their very own Magic Feather inside of them.  It is always with them and as long as they believe in themselves and trust in themselves, they won’t just fly in life.  They will soar.